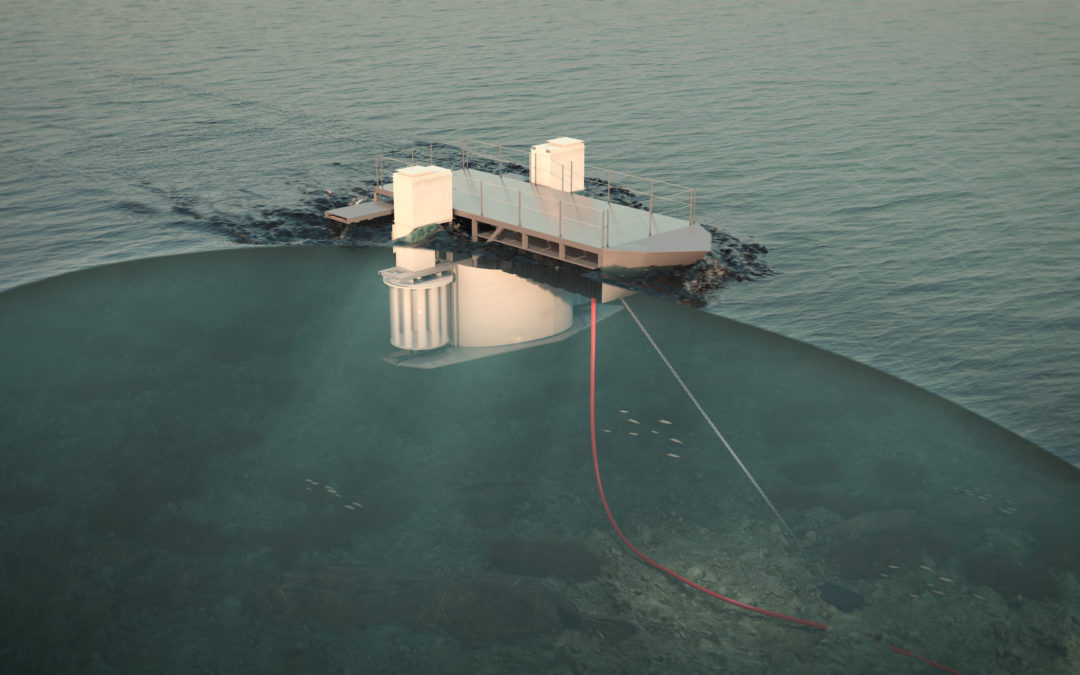 After months of hard work from the team including data analysis, design work and CFD modelling, we are excited to unveil our new and improved turbine design that simplifies deployment and operation & maintenance procedures for end users. While the innovative, flow accelerating concept originally developed by GKinetic Energy Ltd remains the same, the new design features an integrated platform and state of the art technology that allows for the turbines to be raised out of the water easily to access blades and components most likely to fault without having to remove the entire device.

The DesignPro Renewables team are excited to launch the first full-scale device in Bordeaux this September. These modifications have been carried out as part of our Horizon 2020 SME instrument €2.7 Million project to commercialise 25kW and 60kW hydrokinetic turbines.

The technology concept involves two vertical axis turbines placed on either side of a tear-drop shaped vessel, the bluff body. This vessel coupled with the patent pending Blade Pitch Control system accelerates the flow of water into the turbines to create substantial energy in low flow speeds. The turbine blades rotate outward, naturally diverting marine life and debris away from the device rotating at a safe, controlled speed of 40rpm. The novel additions to this original concept create a unique deployment system and further eases transport to and from a site. The largest advantage of the new design is the simplification for the end user of operations and maintenance procedures, increasing efficiency, performance and safety while reducing delays and costs. 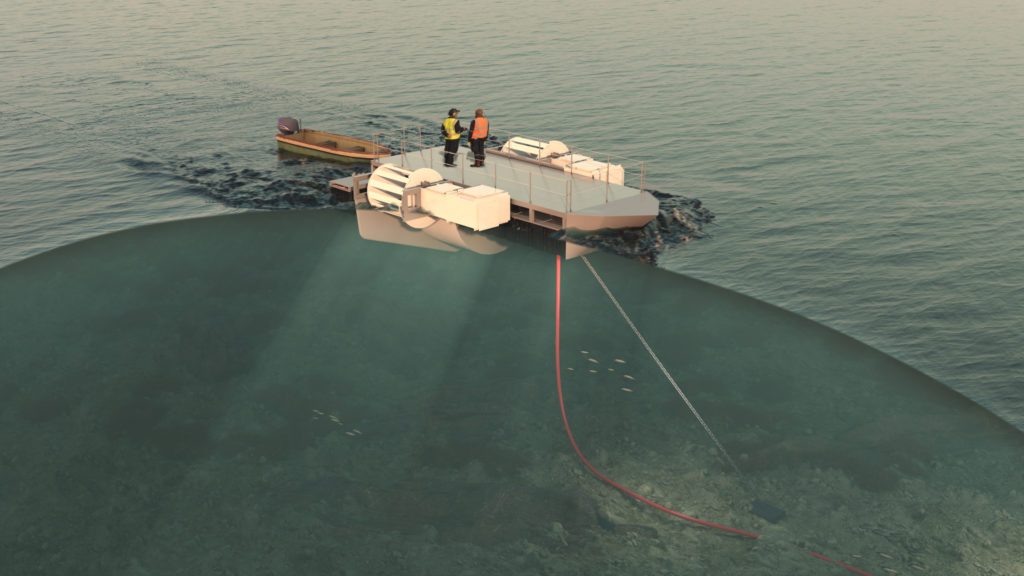 The official launch of this enhanced model will be revealed after the deployment of our 25kW device at Seeneoh later this summer. This unit is currently undergoing optimisations at the DesignPro facility before heading to Bordeaux, France by ship at the end of July. The 25kW device will undergo extensive environmental and operational testing at Seeneoh while we continue scaling up, working on our subsequent 60kW machine.

The illustrations are part of a new video showcasing the technology that we worked on with 3D Animation & Visualisation specialists, Rendering.no based in Norway, which we will be realising very soon!