Last Friday, the DesignPro Renewables’ 25kW turbines officially started their journey to France, marking a significant milestone for the company. The two vertical axis turbines built in our facility in Limerick, Ireland were successfully loaded and collected by lorry to be transported by ship to France. This achievement is a result from the dedicated work put in by the team on the design, electrical, assembly and health & safety aspects of the project, preparing the technology for this next exciting phase. These turbines will be deployed at the certified test site, SEENEOH in Bordeaux as part of our Horizon 2020 SME Instrument funded project to commercialise these devices. 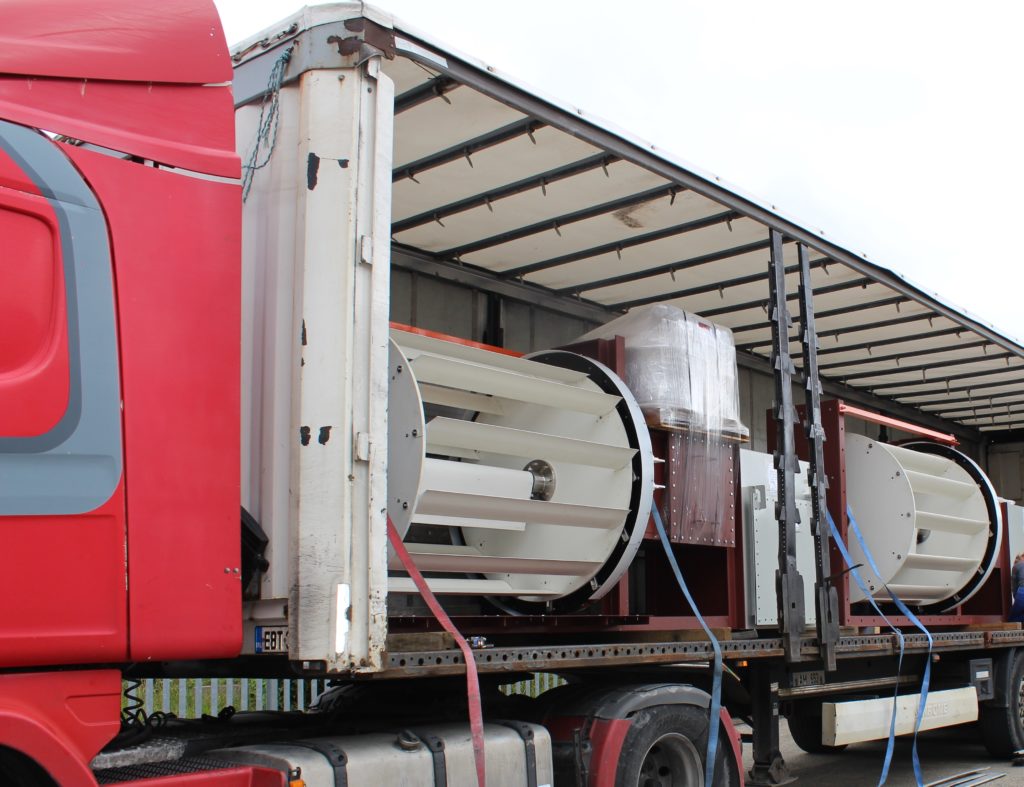 The turbines are expected to arrive early next week before heading to the EVIAA workshop near Bordeaux, where they will be assembled to the access platform. Our technical team will travel to France in mid-September to work with the test site on the commissioning of the turbines. Once connected, the 25kW device will begin an intensive testing plan in an operational environment. During this period, the technology will be generating renewable power to the French grid. In conjunction with this part of the project, we are currently in the design phase for the larger 60kW device.